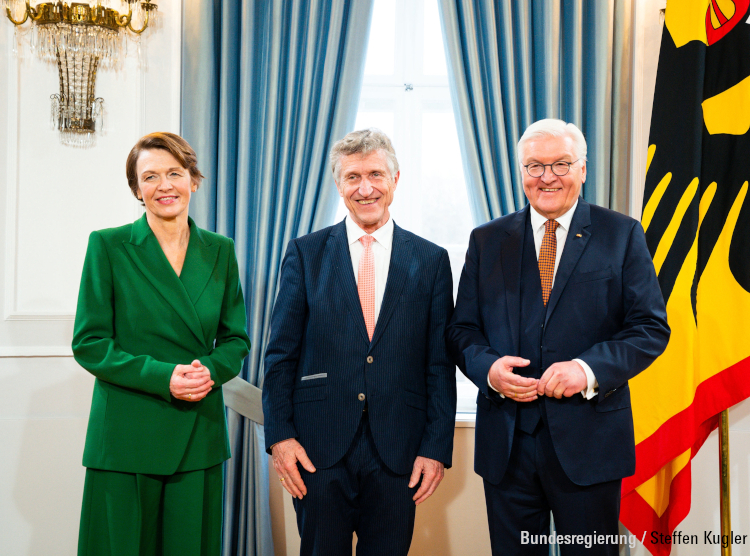 On 10 January, Federal President Frank-Walter Steinmeier invited to the traditional New Year’s Reception at Schloss Bellevue. Dr. Klaus Zeh, newly elected president of the AGF, was among his guests as representative of the family organisations.

Invited were not only organisations and associations but also high representatives from politics and economy as well as 60 socially involved citizens.

The chair of the AGF, Dr. Klaus Zeh, stated within the short dialogue with the Federal President, that families play an important role in society and that they owe, due to their ambitious efforts within the family itself but also for society as a whole, respect and appreciation.