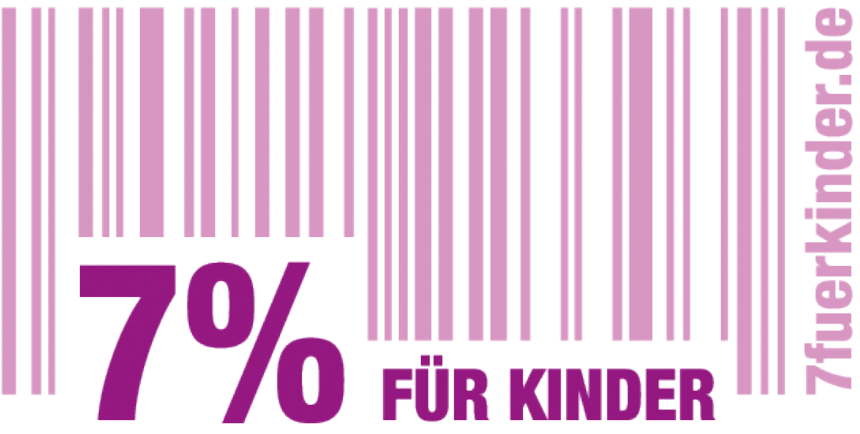 The alliance “7 % für Kinder“ (english: “7 % for kids“) called for a reduced VAT of 7 per cent on products and services for children.

The main activity of the campaign took place between 2011 and 2013.

In that time the initiative raised public awareness and pushed the political debate on VAT. Since VAT is not only a rewarding income source of the state but must be designed in a socially just way, it claims “A fair share of added value!” (german: “Mehrwert gerecht steuern!”)

Start of the campaign on 17th May 2011 in front of Brandenburg Gate in Berlin:

Plakatwerbung: Poster advertising: The campaign’s poster motifs were put up in public transport and subway stations in Berlin in May 2011

Online petition: Internet users could express their support by signing an appeal to policy-makers for a reduced VAT rate of 7 per cent on products and services for children

Distribution of campaign material: Flyers and other advertising and information material were distributed at numerous events

Join-in-activity for kids: AGF tookup the issue on the several occasions